We have been busy making a number of software releases aimed at further expanding the capabilities of the system. A few of these have been detailed below and are available for you to utilise.

Availabilities can now be searched by a person’s location (or general area they live), any roles they have, as well as any tags/labels which have been applied to them. People shown can then be plotted on a map to find those who are closest to your event or who might be available to pickup equipment from your depot or warehouse. We’ve also added the option for your events staff and volunteers to note down days which they’re unavailable making it easier to rule out anyone who isn’t free for events on particular days.

Labelling and tagging has been added for clients and people allowing you to add custom types/categories/tags/etc which you can later use when finding people or reporting on particular areas of your organisation. Additional searching and reporting facilities will be incorporated into the system over time.

Messaging capabilities have been expanded since April, letting you send messages to everyone in a particular role in your groups. Based on feedback we’ve received, we’ve also made it easier to show who in a role/group/position/etc your messages are about to be sent to. You’ll see a small icon next shown next to the role/position/group/etc you’re about to send a message. Using the system on mobile devices has also been developed further, and now includes more administrative functions such as rostering people, finding available staff for your events, responding to expression of interest requests and much more. This lets you truly work from anywhere, anytime with ease. We continue to expand on this area and welcome any feedback on areas which may have been missed.

Additional SMS facilities have now been included giving you the ability to have any replies to your SMS messages sent to you via email instead of to your phone as an SMS, something which is particularly useful when sending messages to quite a few people at once. An audit log for changes your clients make on the system is now available, letting you keep track of any new events or changes to bookings which are yet to be confirmed.
Future plans
Our immediate focus at this stage is further developing custom reports, an area which will ultimately lets you add or remove columns to existing reports and tailor them to your needs.We’re also looking at expanding the staffing capabilities within events, such as giving you the capabilities to indicate the times you need staff at events, e.g. indicating you require 2 staff for your event till 2pm, then 5 staff afterwards.There are a number of other areas we have received feedback on which we will also be working through in the coming weeks and months so please do keep any feedback you may have coming in!

About the Author: victor 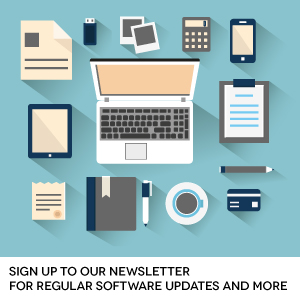